Shea Holbrook joins Honda Racing/HPD as a development driver for the NASA 25 Hours of Thunderhill, Dec. 2-4, for the first competition test of the HPD’s 10th-generation Honda Civic.

After a successful season in Pirelli World Challenge for Shea Holbrook, earning a Top-5 finish in the Touring Car championship in the first season for the team’s 2016 Honda Accord V6 Coupe, the Shea Racing co-owner and driver will join Honda Racing/HPD at the NASA 25 Hours of Thunderhill. 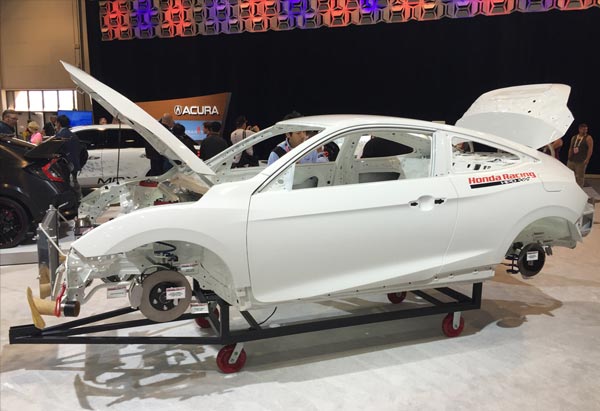 Holbrook joins the team as a development driver for the newest Honda Civic as HPD prepares the platform for 2017.

“I’m humbled and incredibly excited to work with Honda Racing/HPD on this new Honda Civic. This will be a special 25 hours for the team as we work together to further develop this platform,” said Holbrook.

The NASA 25 Hours of Thunderhill has become one of North America’s premier endurance races, growing from a grassroots race into a hotbed of professional teams, drivers, and competition over the past 13 years. It has also become a choice event for new programs to test the performance and durability of their vehicles over the off-season. Holbrook has experience with the grueling race, having competed in and earned a 6th place finish in class in 2008.

“Honda has truly been The Power of Dreams for me over the past 7 years. I can think back to so many Honda memories from my first PWC race at the 2010 Grand Prix of St. Petersburg. I’m grateful for this opportunity with Honda Racing/HPD and ecstatic that my Track Night in America colleague and dear friend, Tom O’Gorman will be joining us.”