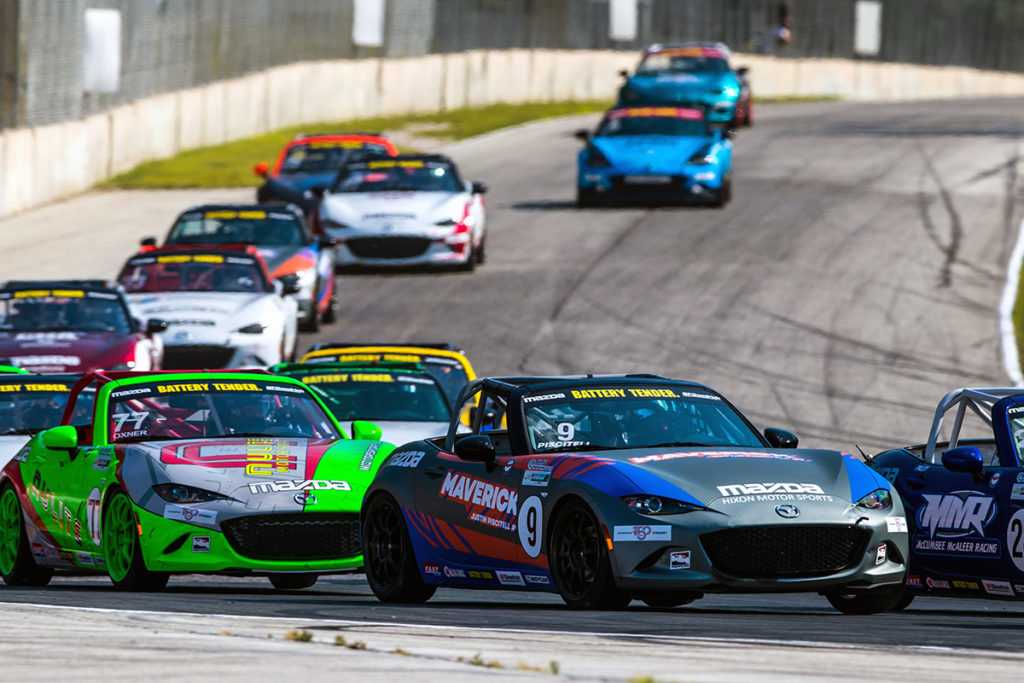 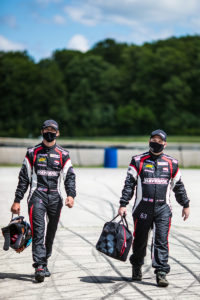 Launching back in April and then having their season put abruptly on hold due to the ongoing global pandemic as a result of COVID-19, Maverick hit the track last week for their series debut in the Battery Tender Global MX-5 Cup Presented by BF Goodrich Tires. Entering two competitors in the twenty-four-car strong field, Justin Piscitell scored a pair of top ten results while Bryan Hixon improved both race pace and results in each and every on-track session.

“It was a good weekend, but we will be pushing harder at upcoming events,” explained Piscitell, who garnered a ninth-place result in race one and improved to eighth in race two. “This is a new team with new cars, a new engineer and we jived all weekend long. We don’t have a ton of time together, but our communication level was as if we have worked together forever. We had some minor issues that caused us from finishing further up the grid but a great start to the new season for Maverick.”

Running as a high as sixth in race two, Piscitell ran into some overheating issues and was forced to remove himself from the draft. Competing at the 4.014-mile Road America facility without a draft is tough, but Justin managed to use his skill and experience to the best of his ability and maintain top-ten results while taking care of his Maverick prepared MX-5.

Piscitell continued, “A huge thank you to the entire Maverick operation for providing me with the opportunity to compete. This program definitely has a family feel to it, and we can’t wait to continue our drive to the front.”

Bryan Hixon turned his 20th place qualifying result into a 17th place finish in race one before improving three more spots in race two to end his weekend 14th. Becoming more comfortable being around other cars and pushing himself closer to the limit, Bryan made some aggressive passes in race two and made them stick as he continued to decrease his lap times and close the gap to the leader.

“We were able to take a lot of the gains that we made on my car and transfer them directly to Bryan’s car,” explained Piscitell. “We were particularly good in high speed corners as we had more stability than most. Once we were able to achieve this on both cars, it allowed Bryan to focus on driving and his race craft rather than the car setup. Gaining multiple seconds in only a few short sessions, Bryan was a pleasure to work with, race alongside and I can’t wait for the rest of 2020.”

Hixon, Maverick Team Owner, and driver explained his weekend as “seamless.” “It’s a joy to be back in the Mazda paddock not only as a driver but also as a team owner. Synergy is key and being that our first weekend as a newly-formed team went seamlessly, I’d say was a big success for us,” said Hixon. 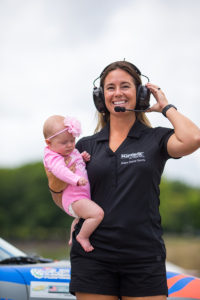 A special thanks to Mazda USA and Mazda Motorsports for highlighting Maverick and Team Manager Shea Holbrook over the race weekend. Holbrook, a new mom, pulls double duty with having baby Olivia trackside.

With not a lot of testing before the first race of the season and now with a race under their belt, Maverick is anxious and excited to continue on with the 2020 season. With very little downtime between events, Maverick can be seen next week at the famed Mid-Ohio Sports Car Course in Lexington, Ohio for rounds three and four of the Battery Tender Global MX-5 Cup Presented by BF Goodrich Tires.