“You can’t focus on anything but what’s right in front of you,” says Mueller . “You can’t think about what you’re doing tomorrow, who you’re going to call, what you’re going to be wearing—anything. When I get into that zone, it’s like a nirvana, that sense of focus when it all comes down to life or death.” Around this speed, strange things begin to happen, Mueller knows. 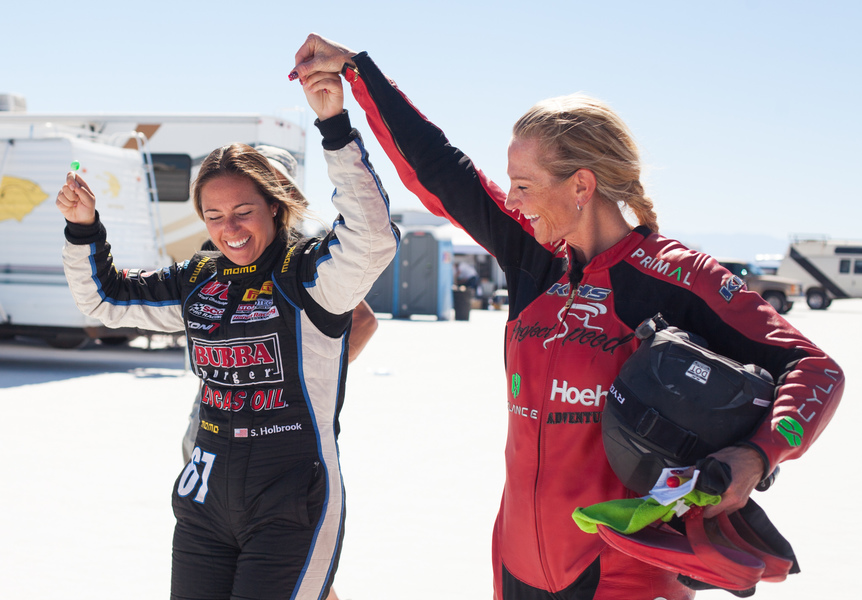 Mueller’s ride becomes trickier now. She and Holbrook compare it to a waltz. Holbrook has to be careful with the accelerator to make sure Mueller stays in the Rover’s slipstream. Mueller can’t let the force of the vortex shove her forward too hard into the bump bar at the back of the Rover. She can nudge the Rover a little, but too much could knock her down. Getting knocked down is bad, potentially fatal.

This weighs on Holbrook. At first glance, this job is a snap for her. Holbrook could drive a car 175 mph with her eyes closed. But she has never been responsible for someone else before, not to mention someone as vulnerable as a bicyclist riding in the draft of her vehicle.

“I don’t like to sugarcoat it, because the reality is that I’m helping keep her alive,” Holbrook says. The morning has warmed, and she is standing under a Project Speed tent wearing sky-blue sunglasses. “I feel like we’re on the operating table, and if I don’t do my job perfectly, she might not come out of it.”